Laser surgery is commonly used to treat a condition known as BPH, benign prostatic hyperplasia, which in layman's terms simply means an enlarged prostate. In Australia, this type of surgery is known as green light laser prostate surgery.

Its use is becoming more widespread as the technology evolves, and as more surgeons are being trained to use it and recognise its benefits.

What is an enlarged prostate?

A prostate is simply a small gland in men, which is commonly described as being about the size of a walnut and is part of the male reproductive system.

As men grow older, the prostate often gets larger and can cause problems because it then starts to block the urinary tract, affecting people's ability to pee properly. This is the condition known as BPH.

People who have an enlarged prostate generally notice a change in their pattern when and how they urinate. Often it becomes quite painful, and sometimes it can feel as if there is an urgent need to have a pee, but it can be quite slow and often start and stop in spurts.

Some people get frequent urinary tract infections because they are not able to empty the bladder properly, causing a build-up of urine, which leads to more frequent UTIs.

The traditional form of treatment for this condition is what was known as Turps, in which a tube was inserted through a male penis right through someone's prostate. A tiny cutting device was then inserted through the tube and used to cut away enlarged areas of the prostate.

Laser surgery has some similarities, in that a tube is inserted through the penis to where the prostate is. Instead of a cutting device, however, a laser is directed through the tube and is used to shrink the size of the prostate, without the need to cut it.

Whilst TURPS is generally considered a safe and effective form of treatment, green light or prostate laser surgery does seem to have several benefits, both in terms of the surgery itself and in terms of reducing complications afterwards.

The main benefit during surgery is that there seems to be less bleeding from the prostate, simply because it has not been cut. The laser effectively shrinks the prostate back to a size where it does not cause problems to anyone's urinary habits.

The main benefits of this type of surgery can often be seen after the operation, which is always carried out under a general anaesthetic. Recovery time is generally less after laser surgery than under a TURPS procedure simply because there is less trauma to the body

Much of this type of surgery is done as day surgery, meaning that the patient can go home several hours after the operation has taken place, but on the same day, as opposed to having to stay in the hospital overnight. This reduces the risk of any infection being caught whilst in a hospital or any other hospital-related complications.

Depending upon the age and physical condition of the patient, a catheter will be inserted into the penis after the operation to help urine flow. After laser surgery, the time needed for the catheter to be in place is much less than it would be after more traditional forms of surgery.

This again benefits the patient in terms of their comfort, but also reduces the risk of infection as well, which can be quite high any time a catheter is in place.

For more information about laser prostate surgery, contact a doctor. 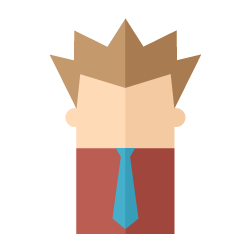 If you're a parent, a childcare provider or just someone who loves kids, you may have noticed that their illnesses are often a bit different than adults, and these little ones often need a bit of extra tender loving care when ill. If you take the child into a health care centre, it can help to find a doc who's just for kids. These professionals generally understand how to engage with kids and how to give you advice on how to best care for the kids in your charge. Whether you have questions about home remedies, choosing the right doc, recognising the signs of certain illnesses or related issues, this blog is designed to help. My name is Betsy, and I plan to write all about different aspects of healthcare with special emphasis on healthcare concerns for children.